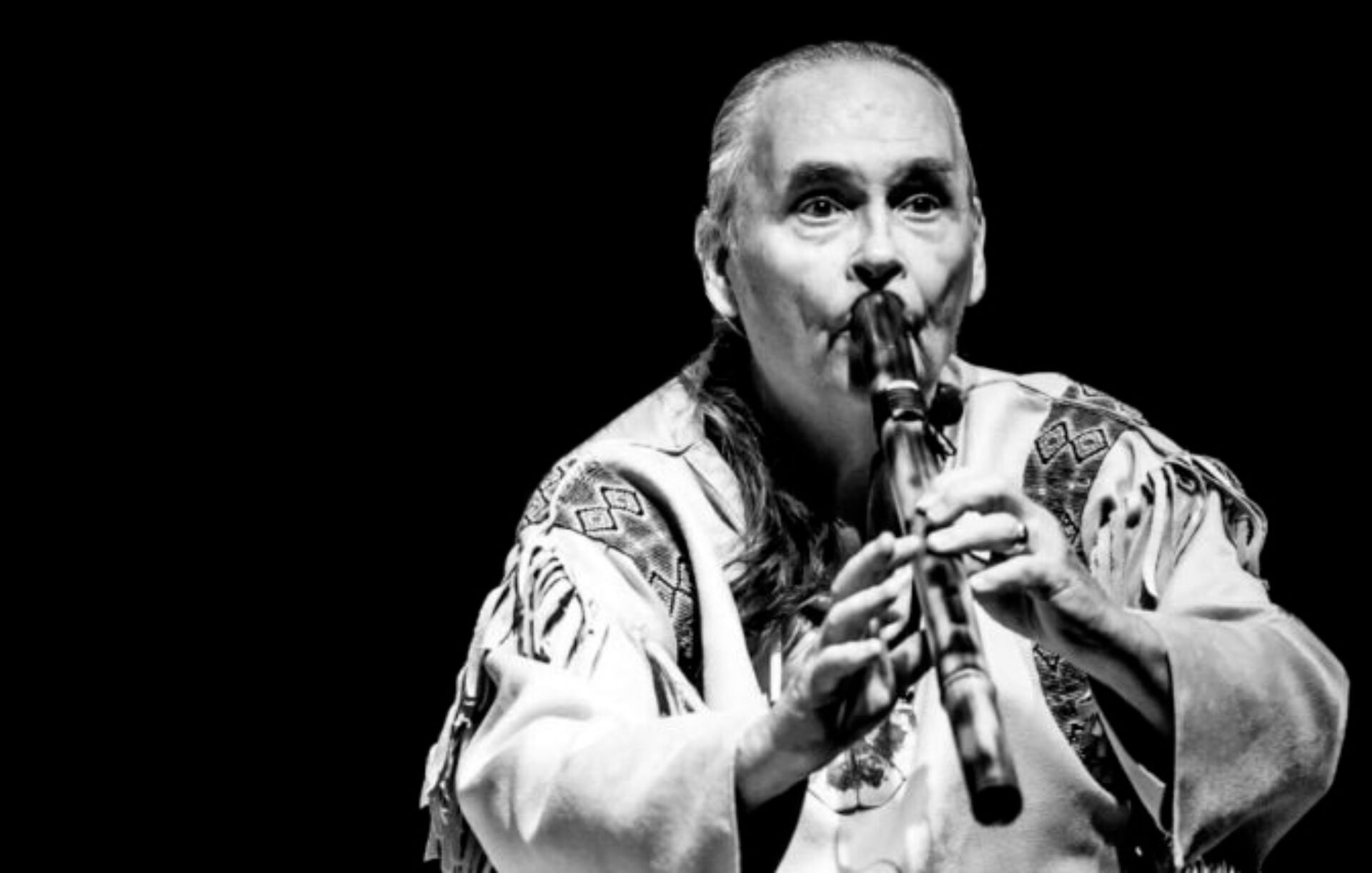 END_OF_DOCUMENT_TOKEN_TO_BE_REPLACED

Self-trained musician and Native American Style Flutist, Ken Redhawk Noland, hails from Indianapolis, Indiana. In 2010, he began his journey with the Native American Style Flute and found his native soul within its music. He considers his spirit animal to be the bear because of the inner strength he is noted to have within him.  Along with the bear, he also feels connected to the eagle and hawk, as these magnificent creatures take his music into heaven.

In his spare time, Ken enjoys crafting cigar box guitars, a folk instrument from the turn of the century. He and his wife Sandy are very active in their local church. Faith, family, and honesty serve as his foundation for life and his music.

If there ever was a way to listen to the sounds of one’s heart, life story, and mind, Ken’s music is the definition of such music. His music could be described as medicine music, aiding in relaxation and healing.

Ken’s style includes playing an instrument that is found only in American culture, delivering a voice that is reminiscent of traditional recordings from Native American tribes from the early 20th century, and celebrating its timeless message in life, love, and all the struggles and celebrations that come with it.

Ken regularly performs at the River Drums Festival in Fort Wayne, Indiana. In the past, he has performed for the Indiana National Guard, and with nationally acclaimed Navajo flutist Jonah Littlesunday. Ken also participates in regional Pow-wows.

It was also a great honor for Ken to be selected as a finalist for the Native American Style Flute Awards, Best Song Solo Flute.

Giving back to the community is an especially important mission to Ken. He aims for his music to be shared with those that need uplifting during challenging times. He was a critical component in bringing music to a cancer center in Indiana, as well as introduces young students to the Native American Style flute in schools throughout Indiana.

Ken also plays his music for local recovery programs, using music and motivational talk to help addicts in their recovery process and to aid them to remain sober long term.

It was a great honor for Ken to be selected as a finalist for the Native American Style Flute Awards, Best Song Solo Flute.

In 2021, Ken was a recipient of the Outstanding Achievement Award. In addition, One World Music Radio presented Ken the Legacy Award.